In this post, I intend to breakdown how object detection is done using YOLO. Before fully understanding this hellish technological fiasta, you should know the difference in object classification, detection and segmentation.
Just stick till the end, and you won’t regret. :)

What is Object Classification

Remember: For any classifier, it will only predict the class label on which it was trained on. So, in the above case, despite showing an image of an elephant, the classifier will either output dog or a cat. To recognize the elephant, the whole system will have to be trained from scratch (or loaded from pre-trained model) on elephants’ dataset.

A general representation of abstract features using pixel. Bottom level consists of raw pixels. As we go up in the hierarchy, pixels are grouped together to form low level features which in turn form groups to form high-level features.

We can apply any existing ML/DL techniques for classification problem. Some of which are:

Among this, CNN has been proven to be one of the best architectures for image classification. To get the scale of how good CNNs are, just know that latest state of the art models in some ways incorporate CNN.

In a more convenient sense, it is the process of detecting every objects in the scene along with classifying their labels and finding the bounding box (or polygons) of that object. 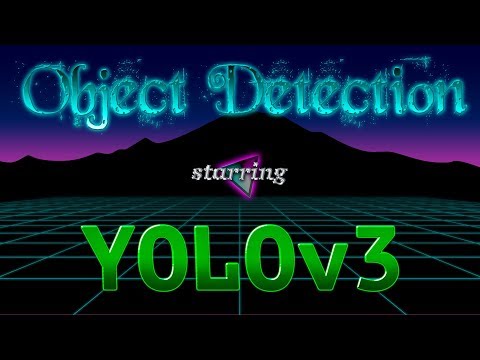 You Only Look Once is a state-of-the-art, real-time object detection system. It was originally developed around 2015 that outperformed every other techniques at that time.
YOLO has its own, neat, architecture based on CNN and anchor boxes and is proven to be on-the-go object detection technique for widely used problems. With the timeline, it has become faster and better with its versions named as:

YOLO V2 is better than V1 in terms of accuracy and speed.
YOLO V3 is not faster than V2 but is more accurate than V2.

How Does YOLO Work

YOLO divides up the image into a grid of 13 by 13 cells: Each of these cells is responsible for predicting 5 bounding boxes. A bounding box describes the rectangle that encloses an object. YOLO also outputs a confidence score that tells us how certain it is that the predicted bounding box actually encloses some object.

Prior detection systems repurpose classifiers or localizers to perform detection. They apply the model to an image at multiple locations and scales. High scoring regions of the image are considered detections.

Where to get YOLO

YOLO binaries (and sources) can be downloaded from following sources:

YOLO is based on darknet, built in C. Darknet is an open source neural network framework written in C and CUDA.

How to Use YOLO

I) Clone the Repository

We can directly compile the source using make. Just go the the directory where darknet is cloned and run the command:

Remember: make makes use of the Makefile which consists of instructions to compile the C source files.

After completion of the make process, you will get a file named darknet which is a binary and executable file. You can use this binary executable to run the YOLO.

While running the command ./darknet, if you are getting permission error, it means the user does not have exeutable permission for running the binary. Just hit the following command

After this, you will be able to run the darknet executable

Each configuration has corresponding pre-trained weights. Here, only YOLO V3 is referenced.

To get full weights for YOLO V3, download it from https://pjreddie.com/media/files/yolov3.weights
This is the weight trained on full 9000+ classes.

This is the weight trained on only 80 classes. You can get the weight for YOLO V3 from here https://pjreddie.com/media/files/yolov3-tiny.weights

As told earlier, everything is run using darknet exeutable file.
Suppose we have an image named test.jpeg, then we can try predicting the objects as:

Normally, .cfg are inside cfg/ directory.
Suppose, you have the yolov3-tiny inside the directory weights/ then, the command will be:

Once done, there will be an image named predictions.jpeg in the same directory as of darknet file.
You can view the prediction classes along with corresponding bounding boxes.

The trianing is a bit more complex because we have to get things and configurations right. Following command does everything:

Here, .cfg and .weights are what they meant to be — configuration and weight files as mentioned earlier.
Everything happens using the obj.data file which has content like:

This file consists of list of class names. Example:

This file consists of list of training images that we are going to feed into the network. The content is similar as:

Here, train-images/ consists of all the training images.
Along with the images, this directory also consists of text file for bounding box corresponding to the image.
So, you will have custom/train-images/11.txt whose content can be:

Here the first number represents the id of class of corresponding in obj.names.
The remaining numbers represent the bounding box. If there were multiple boxes of multiple classes, it’d be like:

Note: In .cfg, you have to change the number of classes to the total found in obj.names.

So, that is how you can run YOLO. Remember all the above command was tested in a Linux system. The process is similar for windows systems too.

I know it’s a tedious process, and the initial phase might feel like running straight into a wall, but once you make it to the end, you’ll feel great.